She Likes To Sew may collect a share of sales or other compensation from the links on this page.

You might be one of the biggest sewing fanatics on the planet or probably new to it.

Either way, you want a sewing machine that you can take just about anywhere with you; in fact, there is one sewing machine in particular that you might want to consider.

This Singer 1234 Sewing Machine review will talk about what you’ll be getting along with some of the best features and how it stands out among the rest of the sewing machines on the market.

Not only that, but we’ll also show you how you can make the best use of it. 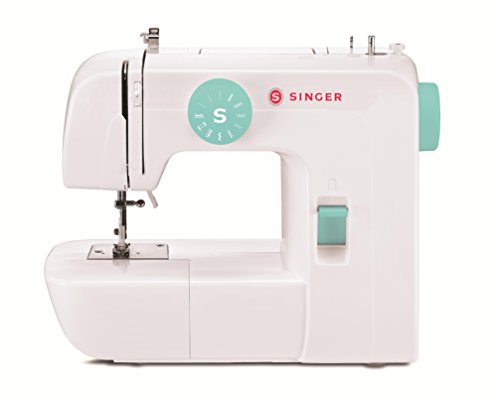 Singer Corporation was founded in New York City, New York, in 1851 as the I.M Singer Company.

It was one of the leaders in developing technology that helped evolve sewing machines into what they are today.

One such production was a “vibrating shuttle sewing machine, released in 1885.

By the late 1870s, Singer had produced well over a quarter-million sewing machines.

At one point, Singer suspended operations to help out with the war effort during World War II.

After the war, Singer resumed the production of sewing machines.

They continued developing cutting edge functions like zig-zag stitching they introduced in 1952.

It is unclear when the Singer 1234 Portable Sewing Machine was first made, but it comes as no surprise that a company like Singer would be at the forefront of inventing a better machine.

Who Is This Product For? 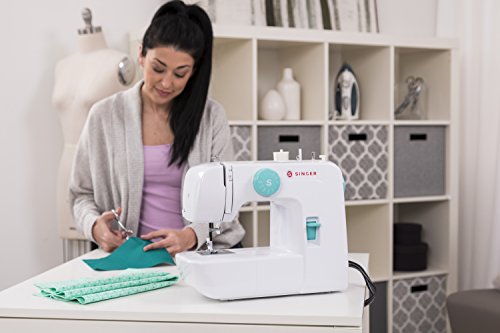 This sewing machine is for anyone who might be considered a beginner at sewing or might have some projects completed.

No matter your level of skill, you know that a sewing machine like the Singer Start 1234 will be great for any project.

It will be the perfect sewing machine for a lot of light materials projects.

Whether it’s clothes for dolls or tailoring, there is no limit to what you can do with a sewing machine like this.

If you are also on a budget, you will probably be able to swing this price-wise; in fact, it’s probably one of the better quality and more affordable sewing machines out there.

If you are new to using a sewing machine, this is a great machine to practice on; you can practice straight stitching and more to get the hang of it.

With the sewing machine, you get some accessories that will be quite useful.

If you order it, you can use this as a checklist:

Here are what the sewing machine can offer:

The Singer Start 1234 has six built-in stitches and a built-in four-step buttonhole.

At a mere seven pounds, this is a lightweight sewing machine.

You can take it anywhere on the go so you can sew whenever, wherever.

It will definitely come in handy just in case you need to deal with ripped clothes, or if the mood strikes you, you can bust out a quick sewing project.

Although it’s a lightweight sewing machine, it’s quite solid in construction.

The machine also has an automatic bobbin winding machine.

You can thread your bobbins with ease and never have to deal with complex setups.

Once you can get a full bobbin of thread, the machine will automatically stop, which is way better than having to guess how much is enough.

However, the bobbin may pop out if you fail to set it up properly.

Likewise, as it is common with sewing machines, it can jam on occasions, so it would be important to check to see if it’s appropriately threaded before you use it for any project.

Be sure that everything is in the place where it’s supposed to go.

Along with the features, you get plenty of accessories that will go along with it.

Each of them is easy to set up and easy to store when not in use.

While forward stitching is commonplace, a lot of users will often reverse stitch.

This machine will be perfect for anyone practicing the art of the reverse stitch and the projects that call for it.

Also, if you have a child or grandchild, you can teach them how to sew with this.

Once they get the hang of it, they too can use this all by themselves; it’s safe to use no matter what your age.

Any attempt at sewing with such materials may harm the machine. 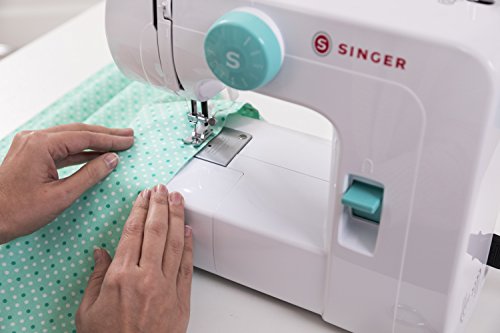 How to Setup the Singer Start 1234

In order to put the machine to good use and make this Singer 1234 Sewing Machine review comprehensive enough, it’s important to set it up first.

One of the biggest shortcomings that this sewing machine has is the inability to handle heavy-duty projects.

There are so many heavy-duty sewing machines but come at a price.

A sewing machine to consider is the Brother Tough and Strong Sewing Machine. 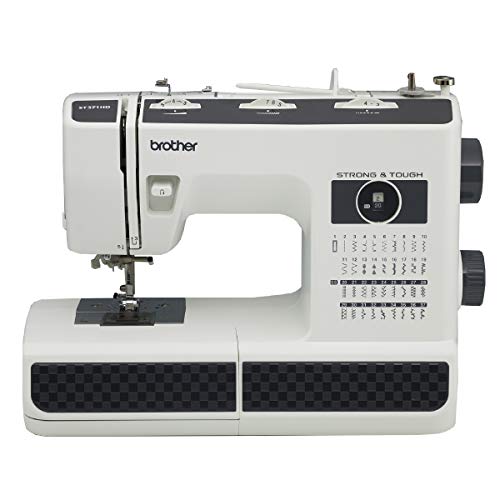 It’s lightweight and portable, like the Singer Start 1234, but it can do sewing projects that involve tough, heavy-duty materials, such as denim, leather, and other similar materials.

If you want a great sewing machine that will handle your light sewing projects, the Singer 1234 is what you need.

You’ll love having this handy, no matter if you are a beginner or seasoned.

This sewing machine can make sewing fun for you and even the young person in your life.

Just set it up and get ready to take on some fun projects that will produce a lifetime of memories.

Best of all, you can take this on the go.

No matter where you are, you’ll always have time to sew!

Review: Juki Pearl Line I Want It All Package

How to Sew a Beanie

Best Steam Iron For Sewing of 2019 [Complete Reviews With Comparisons]

The Best Sewing Machines For Beginners

What Are the Best Sewing Machine Brands Available Today?

Review: Juki Pearl Line I Want It All Package